Mr. Hurst is the Regional President for the Indianapolis region of First Merchants Bank, a position he has held since 2010.  Prior to that, he served as Senior Vice President and Manager of Commercial Banking for two years.  He began his career as a regulator for the Federal Home Loan Bank of Indianapolis – Office of Thrift of Supervision, where he remained for 8 years.  Mike worked for National City Bank from 1994 until 2009, when he joined First Merchants.

Mike is active in the community and sits on various boards including Susie’s Place Child Advocacy Center, where he serves as President of the Board of Directors, and the Morgan County Economic Development Corporation.

He has been married since 1987 to Pamala, and they have two children, Jacob and Elena.  Mike and his family reside in Martinsville.

Wes is a Principal and Consultant in the Employee Benefits Practice. He is responsible for working with employers to provide an analysis of their existing employee benefit program and assisting with the implementation of new or redesigned programs.

Prior to joining Gibson in 2008, Wes was employed at the Indianapolis of office of Mercer, working with a variety of clients in the financial services, education, healthcare, and manufacturing industries. He was also responsible for the oversight of the small and middle market divisions for the Indianapolis office. Wes began his insurance career with Aon Consulting in 1999.

Todd Yoho joined the board at Susie’s Place in 2015 and currently serves as Treasurer. He is a graduate of DePauw University in Greencastle, IN and has spent his professional career in sales and marketing within the software/technology industry. Todd joined local software success story ExactTarget in 2002 and held several leadership roles during ExactTarget’s tremendous growth period and through the point where they were acquired by Salesforce in 2012. Salesforce is a Fortune 500 Cloud Computing software company with a belief that the business of business is to improve the lives of people and make the world a better place.

After 17 years with ExactTarget and Salesforce Marketing Cloud, Todd recently joined another Indianapolis based software success story, 250ok. Todd is responsible for developing and growing partnerships and alliances for 250ok, which helps marketers by providing email deliverability tools and providing critical analytics that assist brands monitor the success of the marketing technology efforts. Todd is honored to serve on the board at Susie’s Place, as it is a remarkable opportunity to be an advocate for children in Central and Southern Indiana. Todd is a life-long resident of Hendricks County and currently lives with his wife, Randi. Todd and Randi have two children and they share a passion to improve the lives of children in their community and everywhere. 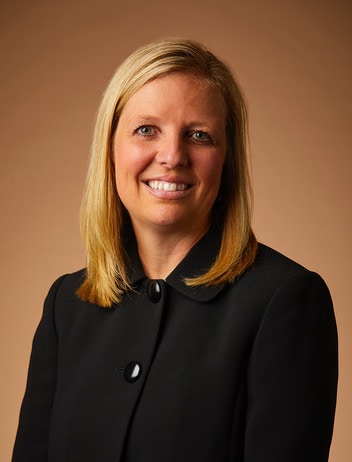 Tracy L. Jaisle joined the board of Susie’s Place in January of 2018.  She serves as the Chief Financial Officer of Bone Dry Roofing, Inc.  Tracy chose to join the Susie’s Place team to give back to her community.  After an extensive battle with breast cancer, Tracy was overwhelmed by the outpouring of community support she received.  She joined the board to pay that support forward. Tracy is married and has two children.  She resides in Plainfield.

Christine Bender is a Pediatrician at Hendricks Pediatrics, a job she has held since 1996.  She attended Vanderbilt University for Undergraduate studies, Indiana University for Medical School and completed her residency at Riley Hospital for Children serving as Chief Resident her final year.  She is passionate about serving children and was excited to join the board of Susie’s Place in 2019.

Christine resides in Avon with her husband and their three children.  She serves on the Outpatient Committee for Hendricks Regional Health, School Commission for St. Susanna Catholic School and works with the high school peer group at St. Susanna.

Dr. Katelynn Moats Liebermann serves as an Assistant Curriculum Coordinator – Grants and Enrichment Specialist for the Vigo County School Corporation.  She previously served as the District Enrichment Specialist, as well as a classroom teacher.  Katelynn graduated from Indiana State University with her Bachelor of Science in Elementary Education and five minors in 2013, Master of Education in School Administration and Supervision in 2015, and Doctor of Philosophy in Educational Administration in 2017.  She is a proud graduate of the Vigo County School Corporation and Indiana State University, as well as a lifelong resident of Terre Haute.
Katelynn values the opportunity to serve the Terre Haute community through her career pathway, as well as to commit her time to serve several community organizations that promote progress and positive change within the community.  She is passionate about serving in a variety of membership and leadership capacities.
Katelynn resides in Terre Haute with her husband Stephen and their Labradoodle puppy, Mack.

Daniel Saleeb – Board Member at Large

Daniel Saleeb joined the board at Susie’s Place in January of 2018. He has a Master’s Degree in Computer Science from Indiana State University and more than 15 years of Information Technology Management experience. Daniel is value-centric, thrives in fast paced environments, and leads by demonstrating clear vision and passion for solving problems.

Daniel serves as a Support Manager at Hewlett Packard Enterprise and is currently leading support delivery on major global accounts.  Over the past 4 years, Daniel helped increase Hewlett Packard Enterprise sales with several opportunities resulting in an estimated total of $4,156,968 in revenue.  Daniel enjoys taking on new challenges and leading transformations that provide significant contribution in improved customer satisfaction and cost.

Daniel resides on the southwest side of Indianapolis with his wife and their two beautiful children.

Jared L. Stark, who has served in executive leadership positions with several healthcare organizations, has been named senior vice president of healthcare development at Duke Realty.nov16_mcdenews_people_stark_jaredIn his new role, Stark will oversee all phases of healthcare facility development and acquisition, including strategic and service line planning, budgeting, due diligence and negotiations, operations management, client and physician relations, partnership and business development, government relations and quality improvement.

Most recently, Stark served as CEO of University Hospital & Clinics, a full-service, acute-care hospital that serves South Central Louisiana and more than 400,000 patients annually. In this role, he led the campus-wide strategic development and operational execution of system-wide initiatives, with full responsibility for quality, patient satisfaction, profitability and regulatory compliance.

Stark earned a Master of Business Administration degree from Indiana Wesleyan University and a Bachelor of Arts degree from Wabash College in Indiana. He received a Regents Award from the American College of Healthcare Executives in 2011 and a Rising Star Award from the Indianapolis Star in 2010, and has earned FACHE designation. 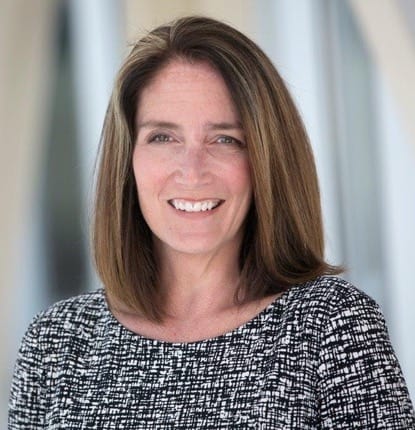 Cathy Stoll serves as marketing communications and community outreach director for Indiana University Health’s Indianapolis Suburban Region, which includes IU Health West, North, Tipton and Saxony hospitals.  Cathy has been part of the IU Health team for 19 years, and was a member of the leadership team that opened IU Health West in Avon in December, 2004.

An Indiana University graduate, Cathy and her family are proud to call Brownsburg home.  As mom to a Brownsburg High School and Indiana Expos baseball player, you’ll often find her, and her aching back, on the bleachers at a local ball field.

Susie’s Place has conducted over 10,000 interviews and served 10,000 children since opening in April 2009. #DecadeOfDifference

To provide a neutral, child-friendly center to investigate alleged child abuse and neglect in Indiana, while keeping the comfort and safety of the child the first priority.

You can helpShop for Susie’s Place

To strengthen our community's ability to nurture and protect children.